❮ Back to MassMEC News 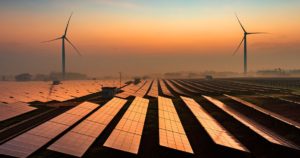 As expected, the Massachusetts House and Senate approved a clean energy bill on Tuesday that seeks to boost the state’s reliance on renewable energy sources. The legislature (H 4857), which was unveiled on Monday, represents a compromise (it leaves most of the Senate provisions from a previous version of the bill behind) and a modest transition to clean, renewable energy. To the chagrin of some environmental advocates, the bill favored the House’s less aggressive stance on renewable subsidiaries and failed to give additional incentives for solar energy development. The bill, however, did veto a reliability charge that Eversource Energy wanted to impose on solar customers and developed new mechanisms for encouraging clean peak energy.

The House and the Senate approved the legislature 151-1 and 36-0 respectively, so it comes as no surprise that many praised it as a step in the right direction toward a cleaner energy future. They used words like “balanced” and “measured” to describe the bill. Despite this praise, however, environmental advocates criticized the bill for being too weak. They suggested the legislature failed to take advantage of an opportunity for bold and comprehensive progress.

MassMEC. Save together.    Learn More